Yesterday the boys and I were able to get away from the house for the day. Our good friend Danny and his wife took us out on the Chesapeake Bay for a little fishing excursion!!! We had a great time tooling around the huge bay. We did some fishing and some swimming and dined on some very yummy pretzel sticks all day! Hey we were fishing. Everyone caught a fish too. Including Brenda who wasn't even fishing!!!!

We went over by the Bay Bridge, as well as the Kent Narrows Bridge. While there we swung by Red Eye's Dock Bar. It wasn't Sunday so it was a little slow. Check out their website and I urge you so stop in on a Sunday afternoon/evening!!!!

After fishing we went back to their house with some other friends and just hung out by the pool and enjoyed the evening.

Here's a LINK to all the pictures I took that day... THANKS VERY MUCH DANNY AND BRENDA!

Yesterday was SuperHero night at the Keys stadium. Alex was WonderWoman so of course we had to go! Fun night and a perfect night for baseball! Thanks to Dave the GM for great seats once again!
Posted by Charlie at 10:48 AM

Well summer is here and in full swing. I'm working still. Times are tough in the industry right now and not many companies are buying stuff. I keep plugging along. Yesterday I had to go to Morgantown WV to actually install one of the systems that I sold. I was only 3 hours away vs. sending a tech from California all the way out there. It was good. I used to do that kind of stuff all the time, but now I am focused primarily on the sales side. All went well and the customer was up and running live on the new system when I left.

On the way home I stopped in Cumberland, MD and had dinner at a small restaurant in the blocked off downtown area. It was the best Jambalaya I have ever had, outside of New Orleans. Who would have thought in the middle of nowhere.

Health - I saw my gastroenterologist on Tuesday. All is okay with the tests and results that I've gotten so far. He recommended that I have another colonoscopy in 1 year to monitor one spot that they found. Also, he wants to perform an EUS or endoscopic ultrasound. It's pretty high-tech. They go down through your esophogus and perform some pretty low level investigation of the pancreas and other organs looking for abnormalities. It actually can get detail on the several layers of the tissue down there. If they find something, they can also do a biopsy at the same time. Only 2 places in MD do this right now, Hopkins, and UMD. Frederick hospital is getting the equipment right now and should be up and running on is soon. I could be the 1st one! Oh happy day. More on this later...

And now the crappy stuff. Some of you may already know, but Chris's mother found out a couple weeks ago that her breast cancer has returned. About 8 years ago she fought off early stage and has been doing pretty well. After all the tests and consultations they are confident that it has not spread. She will be undergoing surgery in about a week for a double mastectomy with reconstructive surgery. Recovery will certainly take some time after that. Cancer has reared it's ugly head once again.

Keep July 26th on your calendar. That is the date for the Frederick Keys Breast Cancer Awareness night in honor of Chrissy! Drop me a line and let me know if you would like to go.... I will have some tickets available.

Thursday evening I attended a little reunion among friends I used to work with. There were 7 of us and many of us had not spoken in over 15 years! We used to work at my old company called Oncor and were all in the IT department there. We've since all gone our separate ways but the friendships are still there.
Posted by Charlie at 11:44 AM

While putting up shutters on the house we were able to get a birds-eye view of a mourning dove in the tree by the front door. She has a little baby under her.
Posted by Charlie at 6:26 AM

Want fries with that? 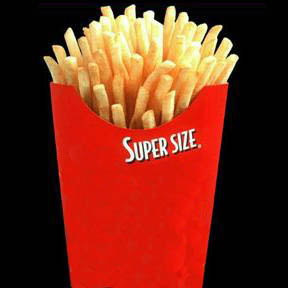 Last night I went to the Keys baseball game except this time I saw none of it. Tyler and I worked in the largest concession stand there along with other friends from the high school boosters.

I worked the fryer! Making french fries, chicken fingers, and... corn dogs!!! I must have made 100 bags of fries and the temperature must have been 120 degrees by the fryer. There was grease and oil all over me!!! I think I still smell like a chicken finger. It really gives you an appreciation for the work that needs to be done.

In any event we made a good deal of money for the work that we did. It will go to a good cause for the school athletes.
Posted by Charlie at 9:26 AM

I had the honor of having lunch today with Andrew Buerger who is the founder of the Climb for Hope charity that raises funds for advanced research for Dr. Leisha Emens. She was Chris's oncologist at Johns Hopkins.

Andrew brought his wife with him and the 3 of us had a wonderful lunch discussing all sorts of topics. His sister had just passed away a month ago from breast cancer leaving 3 children and a husband. A very similar situation as mine.

They are actually leaving this weekend for a climb in Iceland! Very exciting for all of them.

We had lunch a year ago as well and will continue to keep in touch for sure. Please check them out at www.climbforhope.com
Posted by Charlie at 2:24 PM

Here is the story...

Alex was one of 9 girls on her team to maintain an overall 3.2 gpa or higher. She was honored in the MAC conference for lacrosse.
Posted by Charlie at 4:22 PM

Lacrosse comes to a close and 20% less!

Well today was our Spires Lacrosse club picnic. Of course it was supposed to be on Friday but was postponed due to the 2 straight days of heavy rain. Then the boys tournament on Saturday was canceled because of the soggy fields. The girls tournament went on as scheduled on Sunday. Even with the reschedule we must have had close to 500 people attend the end of the year picnic. Very well attended this year. Finally, lacrosse in the DeWitt house is over.

Saturday evening there was a small get together in the cul-de-sac that I live on. About 10 families came out and we ordered crabs and had a small cookout with a bon-fire in the middle of the circle! It was nice as I had not really seen everyone in a social setting like that in quite a while. Hopefully, we can do it again soon.

Today was also a crappy day for work. Everyone in my company was hit with a 20% pay reduction until the recession rights itself. This was hard for all of us to swallow. Especially me. Going from 2 very successful salaries to one was hard enough. Now that 1 is not as successful and is now 20% less! Hmph... It does beat the alternative of being laid off and only makes me want (need) to work even harder at the sales and marketing stuff. Wish me luck!

School's out next week and it's time to start planning the next 10 weeks of summer. Tyler needs a JOB. If not then he'll be volunteering somewhere in downtown Frederick.
Posted by Charlie at 7:59 PM

Came home a month or so ago to find about 6 deer in the front yard of the house. Hard to see them but their eyes light up. Last night I was attacked by a lunar moth! It was huge!
Posted by Charlie at 12:18 PM

Last Wednesday I presented the 2nd annual credit union award in Chris's honor at the MDDC League's annual marketing award ceremony. This year Tyler and Michale attended along with Chris's Mom and Dad. It's a great feeling to be a part of something so special...

The Christine DeWitt Memorial Award for Excellence in Marketing, Best of Show, was presented to DGEFCU for its winning entry in the Best Marketing Campaign. The award memorializes Christine DeWitt who was the Vice President of Operations of COMSTAR FCU before her untimely passing in September 2007. Members of the DeWitt family presented the award to Carla Decker, CEO of DGEFCU, Joann Clark, Chairman of DGEFCU, and Claudia Saidon and Maximo Gastaldi from Graphic Ideas.

The entry featured low-rate tiered unsecured loans (personal, holiday, kwik cash, overdraft LOCs and credit cards) and a chance to win a loan payoff up to $5,000, from October 1, 2008, to January 20, 2009. The theme was “New Year, New President, New Possibilities…Inaugurate Yourself!” to make your dreams come true. This theme was

used throughout the campaign and featured, “Inaugurate Yourself with a makeover, celebrating with your family, with new adventures, with extra cash, and in your work place. All of the promotional materials were printed in both English and Spanish versions.

The judges remarked on the creativity of the Inauguration theme and perfect tie-in to DGEFCU’s field of membership as well as the results – they exceeded their loan goals despite the overall lack of consumer confidence and the credit union’s falling loan volume and balances. 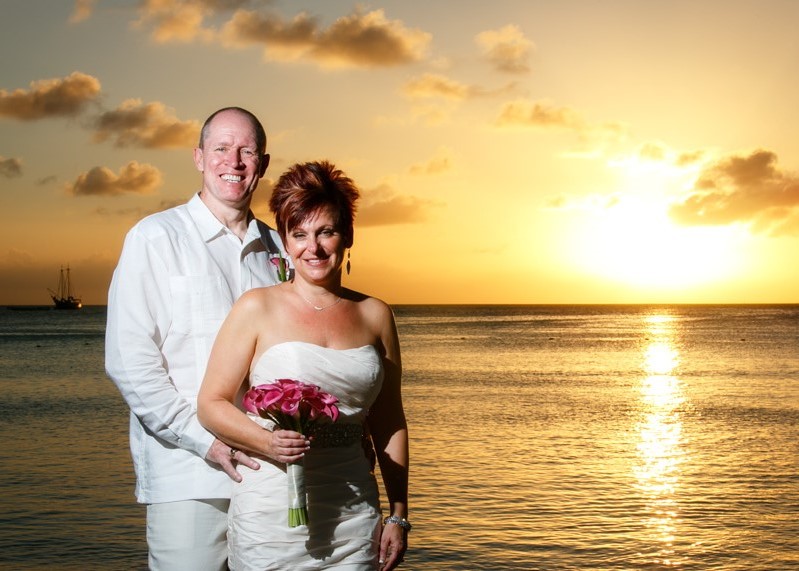 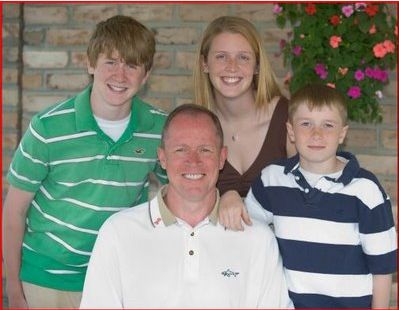 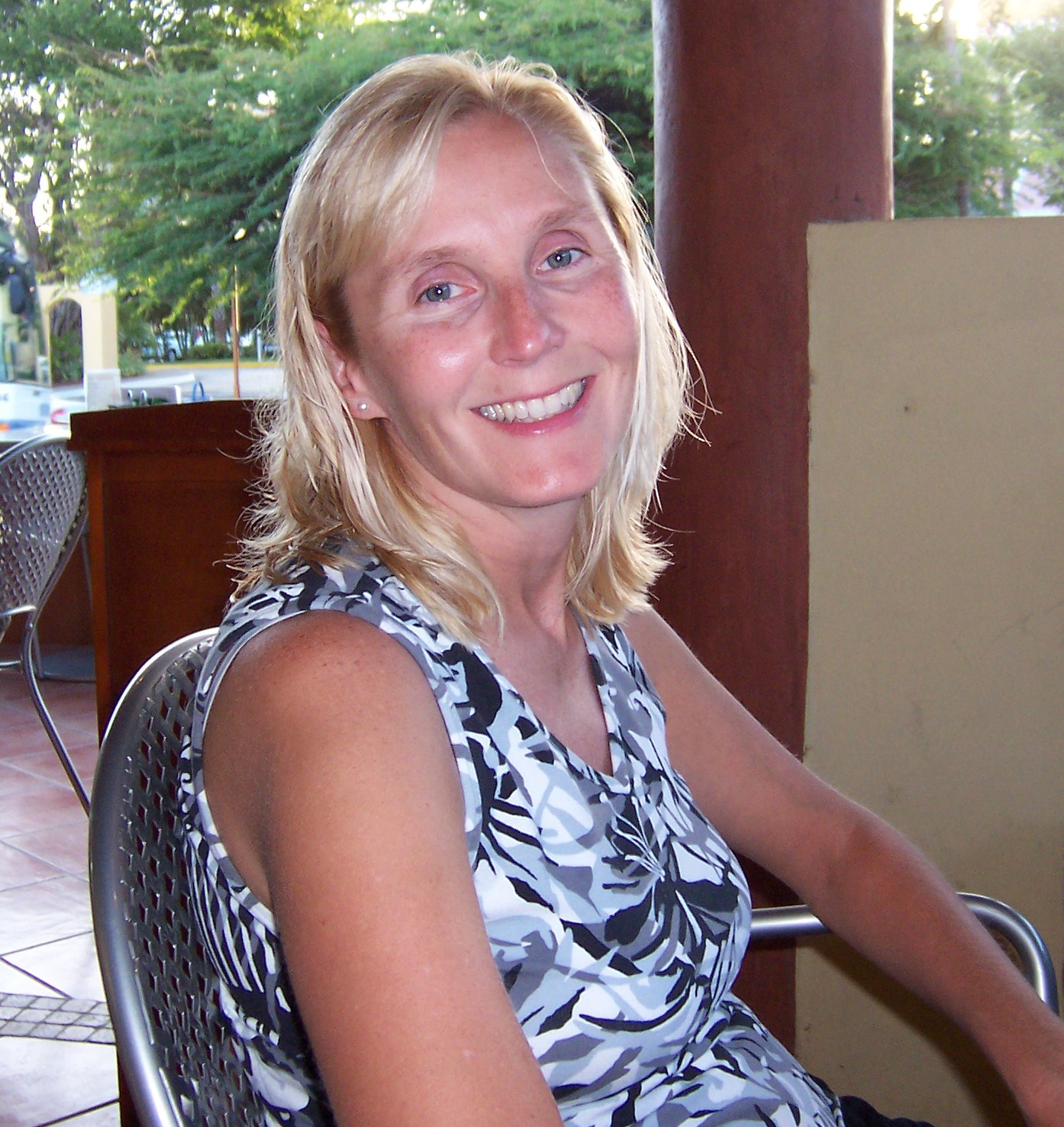